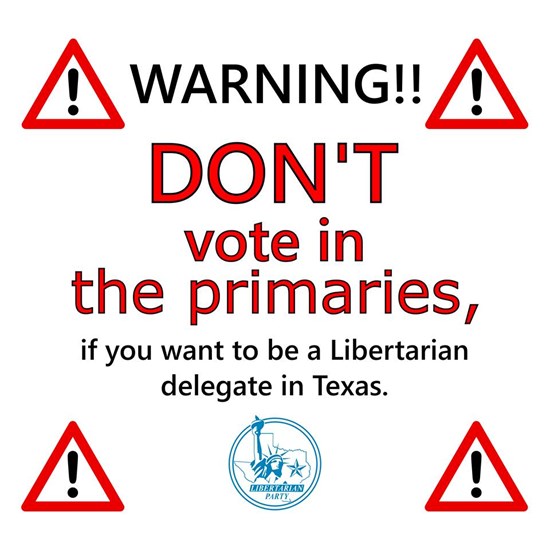 Texas has closed primaries, once a registered voter has in effect declared his or her party affiliation by voting for the nominees in a party's primary, that person cannot participate in the proceedings of another party.